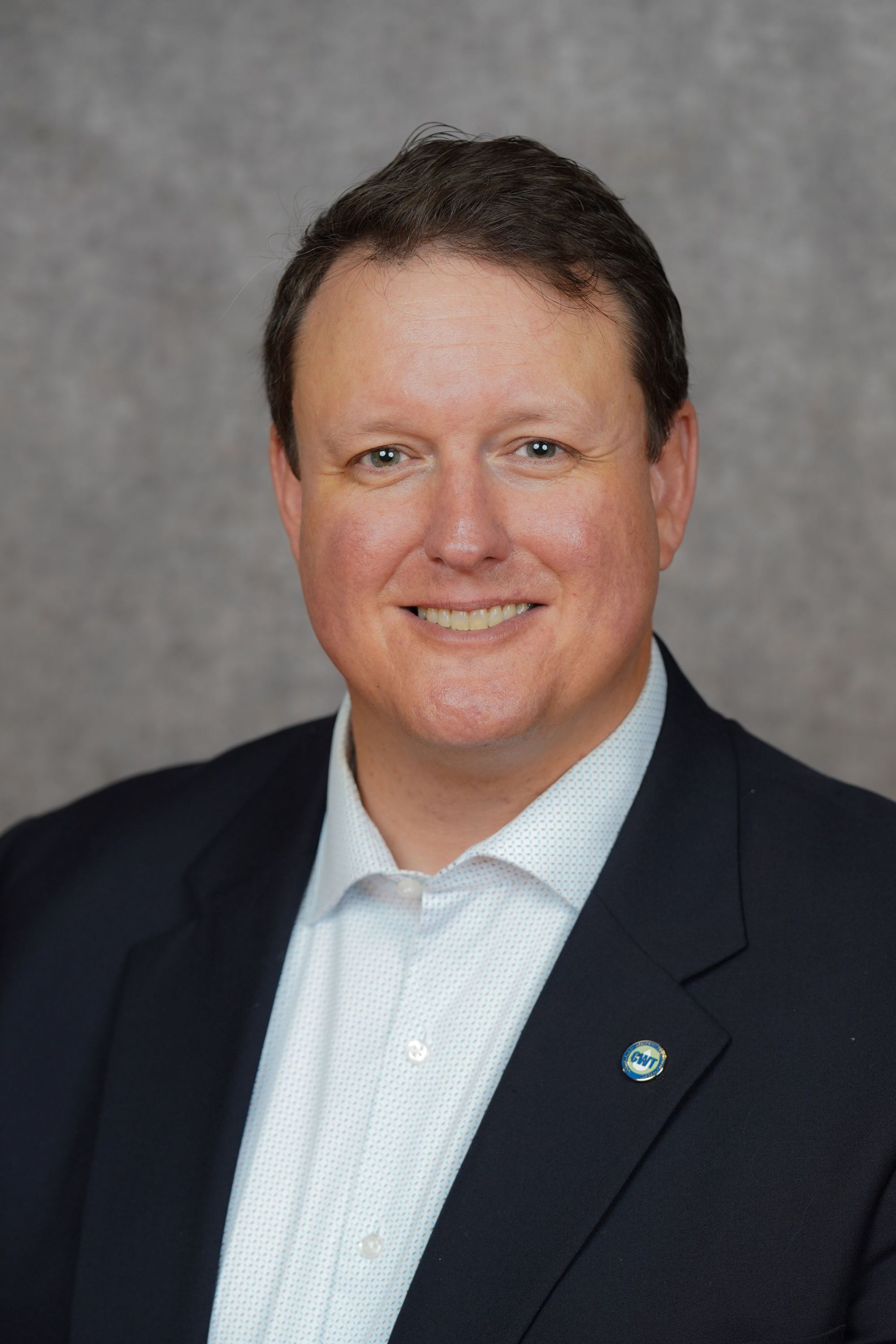 Starting with a box of pipe pieces and a bucket of water in his dad’s workshop, Matt Jensen developed an early fascination with the use and movement of water. When Matt was growing up in Green Bay, Wisconsin, his appreciation of water flourished, and he spent much of his summer days sailing and fishing. In 2003, Matt graduated from the University of Wisconsin, Stevens Point, where he majored in analytical chemistry and minored in American history. During his final summer in college, he did an internship with an industrial water treatment company, where his interest in water treatment began. After a short time with an international chemical distributor selling commodity chemicals to the food, pharmaceutical, and specialty chemical industries, Matt went to work for a large U.S. based national water treatment company, selling primarily in the food and healthcare markets. He then went on to a regional Wisconsin based company where he began working as a territory manager and transitioned into the role of Director of Applied Technologies.  After 12 years, Matt found his home with Global Water Technology, Inc. as the Vice President, Great Lakes Region. Matt earned his CWT in 2009, and is actively involved in both the Young Professionals Group and the Charity Task Force. He currently resides in Eaton, Wisconsin, where he lives with his wife, Courtney; their son, Will and daughter, Sawyer. 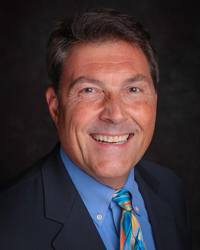 Steve Hallier earned a chemistry degree with a management minor from Eastern Illinois University in 1985. He immediately began his water treatment career with Nalco Chemical Co. under the tutelage of the great Matt Knight. Matt was very influential in Steve’s approach to the water treatment business, insisting he become a student of the business and pay special attention to the details. Steve went through the rigorous New Salesmen Training Program at Nalco. He says that he learned a great deal about water treatment through his servicing of the 56-megawatt cogeneration power house at the University of Missouri.

Steve has been a Certified Water Technologist (CWT) since 2004 and was the first active CWT in the state of Illinois. Steve was first introduced to AWT when he attended the convention in 1995 in Chicago. He is also a member of CTI, HESNI, and multiple trade associations. 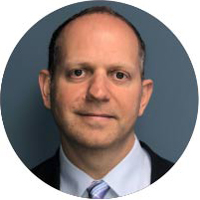 Noah Baskin has worked in the water treatment industry for over 25 years and has been instrumental in taking Tower Water Management from a two-person organization at inception in 1992 to a company with over 45 employees spread out over four divisions today. A graduate of Rutgers University, Noah has worked professionally in all aspects of the water treatment field as he and his brother, Russell Baskin, built the company from the ground up. Noah lives with his wife and two daughters and dedicates time to participate in his kids’ extra-curricular activities. Noah’s commitment to the company has led him to join business groups such as TAB and EOS to further promote the company and encourage the growth and success of its employees. Through his efforts, the company, which serves the New York City market, has grown by double digit numbers year after year and has remained an industry leader in the water treatment, new construction pipe cleaning, glycol, and Legionella compliance trades.

Noah has been an AWT member and has attended conferences since 1995. He recognizes the value of the AWT and has sent numerous employees for training annually to help better their knowledge. 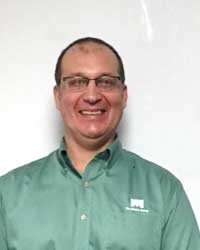 John Caloritis has worked in the water treatment industry since 1983, miraculously spending 37 years with one company. He earned a B.S. degree in chemistry in 1982 and, since joining the industry, recognized the essential connection between practiced technology and success versus competition. The first half of his career was devoted to growing the Metro Group (formerly Metropolitan Refining Company) customer base across multiple geographies and markets, holding various roles in local, regional, and national sales and business leadership. His love for water treatment helped John learn, build, and grow continously through conscientious customer service, but also through the school of hard knocks. He earned his CWT early, proudly holding certificate number 1-0028. In 2004, John shifted into the role of technical director, where he refocused on serving internal customers. In this capacity, he began to help people develop the skills, tools, and abilities they needed to professionally serve their clients.

AWT has always been part of the foundation. Without it, the Regionals would not have risen to such prominence. John always believed in the enormous value of AWT and the tools available to members. Several years ago, he began volunteering. He served on the Cooling Subcommittee, which he has now chaired for 2½ years. Together, that group churned out solid work—projects which they hope made a difference for our members. John also proudly served on the Legionella Task Force, which led to the AWT release of Legionella 2018 – A Position Statement and Guidance Document. Most recently, he served on assignment in developing ASSE 2020: Professional Qualifications Standard for Legionella Water Safety and Management Personnel. These experiences prepared John for this new role. 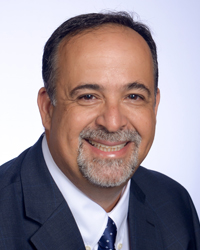 Michael Bourgeois first developed a life-long interest in water treatment nearly 30 years ago, while treating boilers and steam generators in the US Navy.  Michael started out his Navy career as a Boiler Technician, qualified to operate 1500 psig superheated steam plants.  He eventually finished his time in the Navy as a Submarine Officer, qualified to supervise the operation of a Nuclear Propulsion plant.  After leaving the Navy, Michael joined a large specialty chemical company and worked as a chemical sales and service representative in various areas in Northern and Southern California. During his career, Michael has had a variety of positions including Field Service Representative, Account Executive, Area Manager, and Technical Director. Michael joined Chemco Products Company as the Water/Wastewater Technical Director and now serves as the Regional Manager, Southern Region.  Michael earned his Bachelors in Physics from University of San Diego and holds the CWT (Certified Water Technologist) designation. Michael serves on a variety of AWT Committees including the Technical Committee, the Boiler Sub-Committee and the Certification Committee. 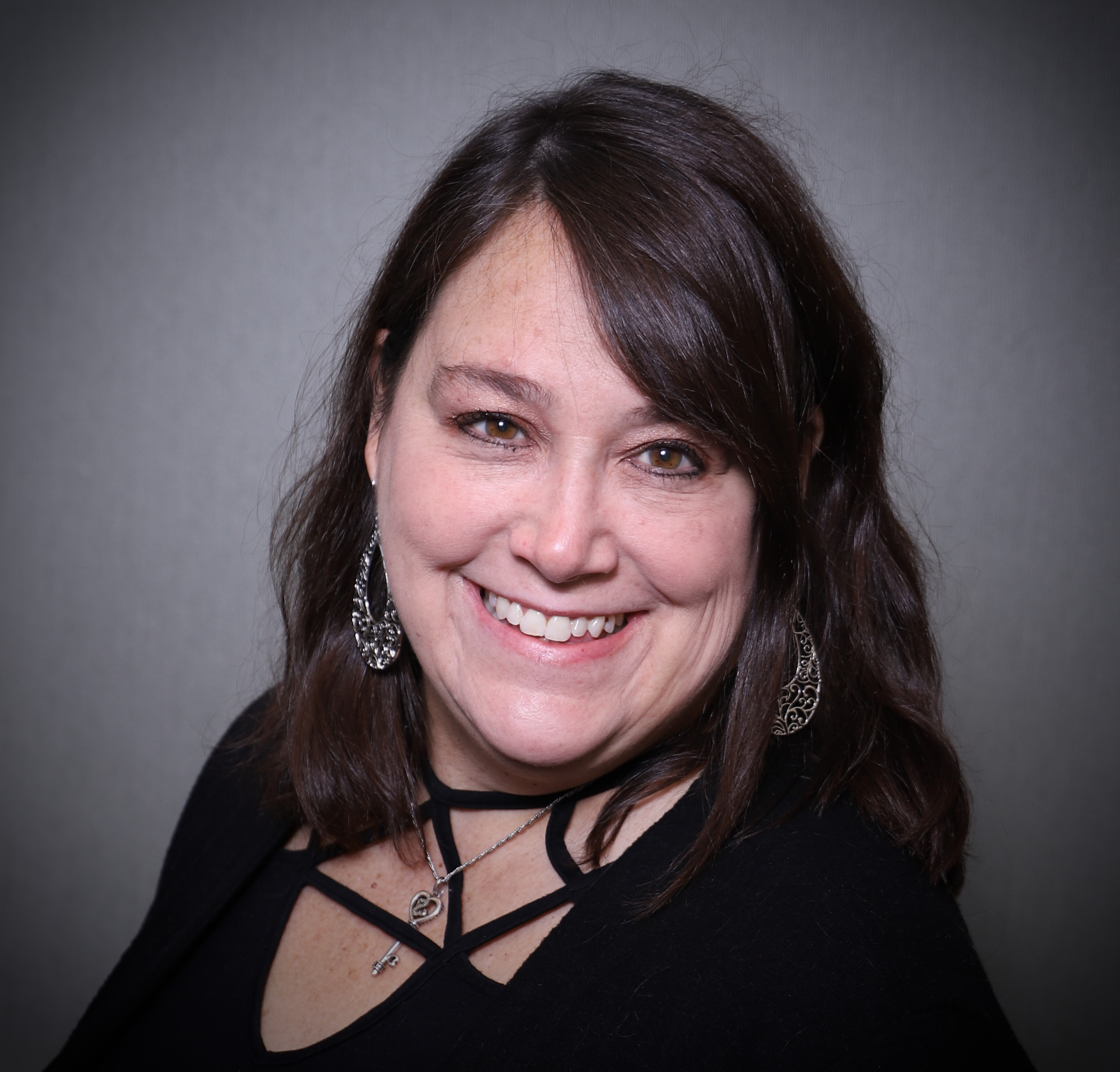 Tammy Faber has worked in the water treatment industry for 13 years.  However, her initial introduction to the industry started over 20 years ago, in the paper industry where she was a Senior Buyer for the Power and Utilities.  Tammy worked for FBS, Inc in Stafford, Texas  for 12 Years. During her years at FBS, she served as the Administrative Services Manager and was promoted to Vice President of Operations in 2015. She led the warehouse and customer service team and managed the finances of the company.  She also was responsible for marketing the companies marketing related to the MWBE Certification. In 2021, Tammy joined the HOH Water Technology Team, as the Sales Manager and moved from Texas to Illinois.

It was at FBS she became passionate about the water industry and began volunteering with AWT.  She has been actively involved with the Convention Committee for 3 years, as well as the Business Resource Committee.

Tammy earned her Bachelor of Business Administration in 2009 and her Masters of Business Administration in 2011 from LeTourneau University.  She was named on of the “Top 30 Influential Women in Houston” in 2018 for her leadership and contributions to the community. Tammy was also a volunteer with the Houston Livestock Show and Rodeo™ for over 11 years. She served as a Vice Chairman on both the Houston Metro Go Texan Committee and the School Art Auction Committee. 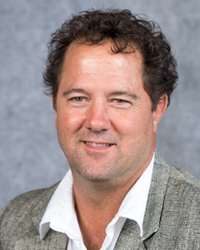 Mark Coldren has worked in the industrial water treatment industry for over 30 years. I cut my teeth with a large corporation. I then transitioned over to a family-owned and operated business. Mark’s last 11 years have been with Water Treatment by Design, a full-service water treatment company located in central Pennsylvania. Mark has been a CWT since 2008. He has attended every AWT conference for the last 20 years!

Mark graduated from Millersville University with a bachelor of science degree in biology and chemistry. When not working, he keeps busy raising his two beautiful five-year old twin girls. He also owns and operates a sprint car racing business, which is out on the road competing with Tony Stewart’s All-Stars. Mark’s racing background has helped his company in mechanical areas by focusing and thinking outside of the box. Everyone of the employees is connected to some type or form of auto racing! 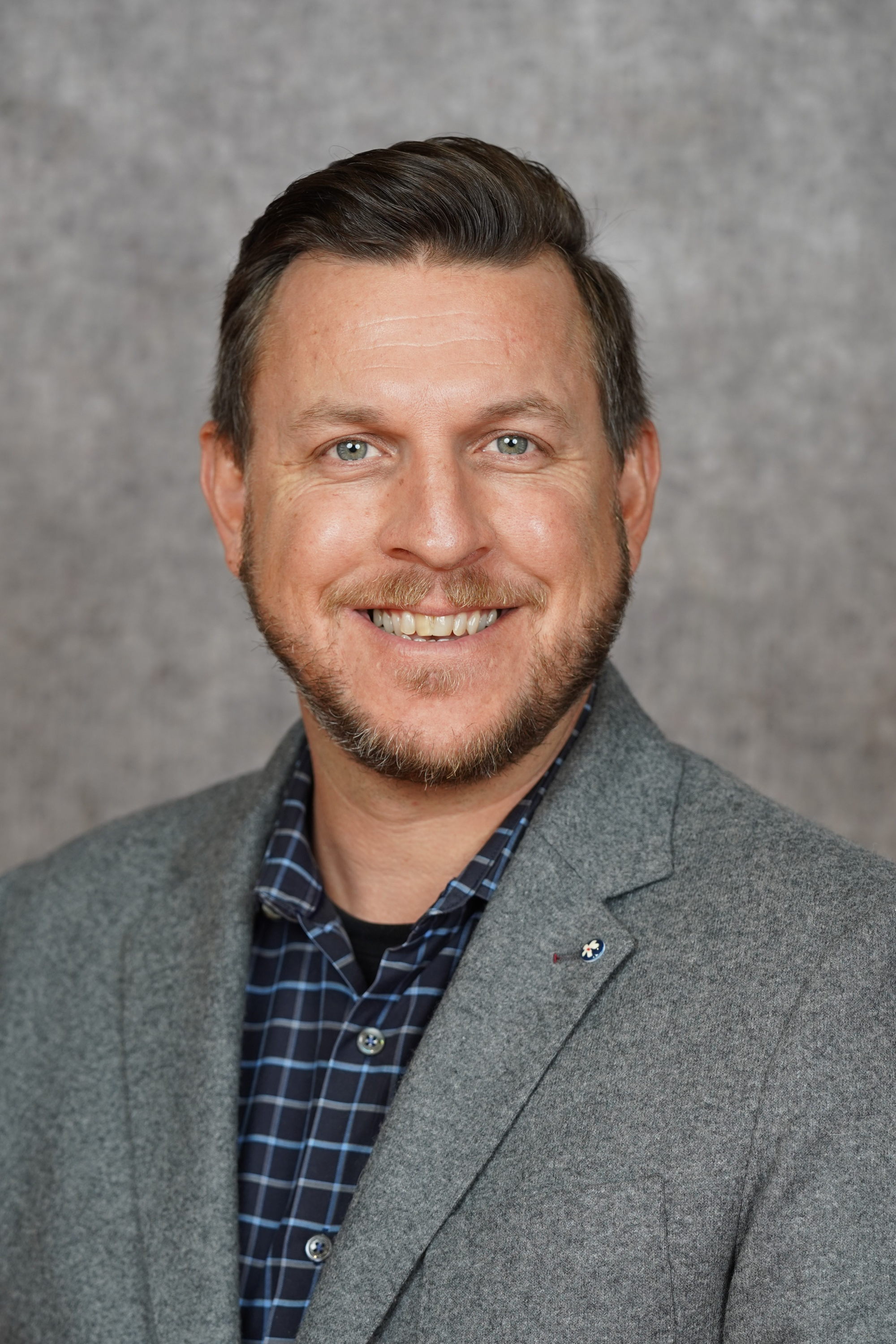 Kyle J. Rossi has dedicated over 10 years of his life to the water treatment industry and recently uprooted his family from Southern California to Houston, Texas, to further his career in the industry. Kyle has worked as a service technician, outside salesman, business development manager, and sales manager, and is currently general manager for his company. Kyle enjoys the sales aspect of the industry, technical training, learning, growing, and building relationships with customers and other AWT members.

Kyle has been an integral part in the success of the companies that he has worked for, overseeing more than double the company growth in a matter of years.

Kyle has been a Certified Water Technologist (CWT) since 2018 and also holds a T1 Water Treatment Operator license as well as a Qualified Applicator license for pesticide/biocide applications. Kyle has volunteered his time with AWT on the Certification Committee and multiple AWT task forces. He felt very fortunate to be the "CWT Spotlight" in an issue of AWT's Analyst magazine in 2018. 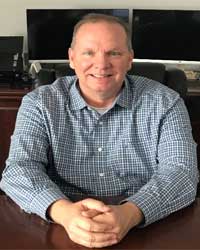 Fred Shurtz has been working in the water treatment business since 1988. His started his career as a sales representative with Nalco for six years and then as an account manager with Betz for nine years. In 2003, after working with these two major companies, Fred started Precision Chemical, based on the idea that a smaller, more customer-focused company would better serve the water treatment industry.

Fred is an active member of AWT and has been since initially attending his first AWT convention in Phoenix, Arizona, in 2003. Many of the current contacts and industry colleagues for Precision Chemical were developed from not only that first conference but also the subsequent conventions he attended. 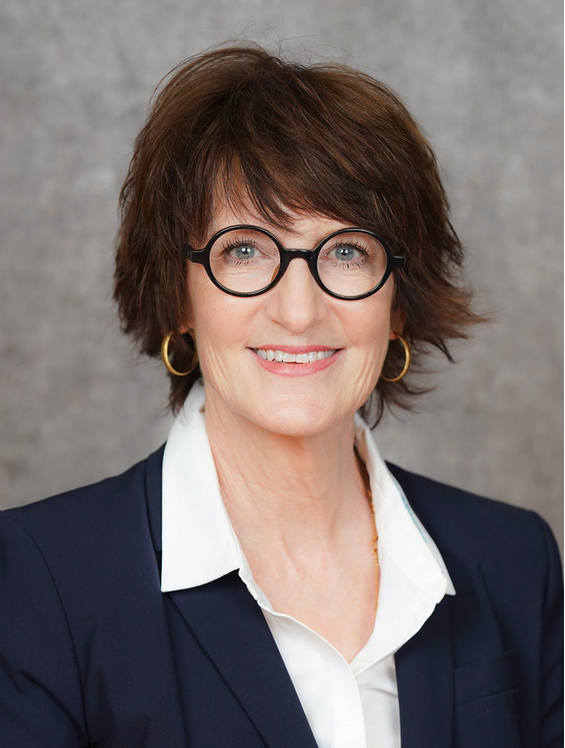 Pam Simmons has been providing a creative point of view to the water treatment industry for over 25 years.  She entered the industry as a chemical sales representative.  During that time, she excelled in sales and quickly became one of the top sales representatives at her company.  This success propelled her into sales management where she became an outstanding sales trainer with both domestic and international associates.

Pam transitioned from chemical to feed and controller sales where she worked for Aquatrac Instruments/ProMinent Fluid controls for 17 years.  She held several positions while there, putting her creative skills to use in marketing, international product line management, sales, and sales management and was their Chemical Vendor/OEM National Sales Manager prior to joining Watson Marlow Fluid Technologies Group in September 2021. Her focus at Watson Marlow will be sales and business development for the chemical vendor and OEM markets.

Pam has been an active AWT volunteer for several years and is thankful to Trace Blackmore and Cindy Mitchell for encouraging her to get involved.  As an AWT volunteer, she served as Marketing Communications Committee Chair from 2010 to 2017 and has contributed to several task forces including chairing the Online Training Task Force that was instrumental in the development of the Introduction to Water Treatment modules. In 2008, she led the technology charge into the 21st Century with her convention presentation, “Webinars” where she introduced AWT members to the relatively unknown, innovative technology, that has now revolutionized how companies conduct business. As always, Pam was on the cutting edge of creatively solving problems. Her proudest contribution has been the design and editing of the corrosion coupon poster that has been published in two editions of The Analyst.

Video: Become a Member of AWTs Board

Board of Directors Position Overview and Nomination Form